The D23 Expo just wrapped up in California and the Disney Company has come out with tons of big announcements to blow our minds as well as blow up my phone with alerts and news. Some of them have been circulating as rumors for a while and now we have confirmation of everything.

If you’d like a brief video version of the changes, here you go!

With so much info here’s my cheat sheet with the details for all the Walt Disney World updates that were released at the D23 Expo. (Note: These are just the things that affect Disney World here in Orlando Florida. There are more updates for the other park locations.) List is organized by location. 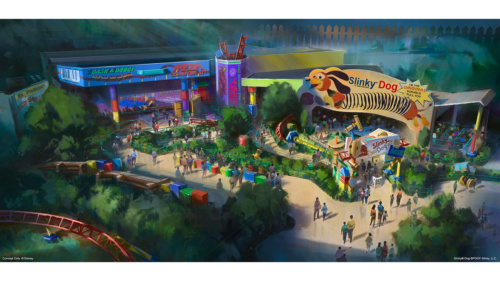 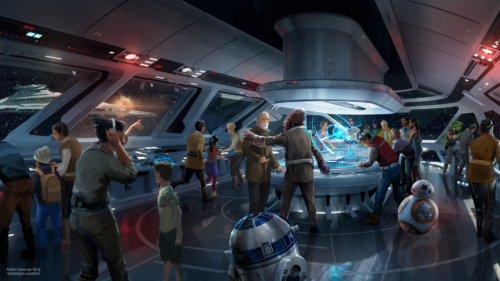 2) Star Wars Land has a name, date range, and more details. It’ll be called Star Wars: Galaxy’s Edge, opening sometime in 2019. All though Disney likes their summer openings, since Disneyland is getting the same land and it’s set to open first, I’m guessing that here in Disney World ours won’t open til fall at earliest. But no official month is given at this point. Galaxy’s Edge will be themed as a remote trading port located on – you guessed it- the edge of the galaxy.

It’ll have two main attractions. The first will make you feel like you’re on a Star Destroyer inside a big Hanger bay.

The second (and probably the most exciting one) has you piloting the Millennium Falcon. Piloting the Millennium Falcon. (Sorry, I just thought that should be stated again because whoa.) After riding Flights of Passage, (Disney’s newest attraction that’s a Flight simulator) I am super stoked for this ride. Flight of Passage captured the feeling of flight so wonderfully, I can’t even imagine what they can do with this one.

In addition to the two attractions there will be a Cantina, (with blue milk!) and a store. 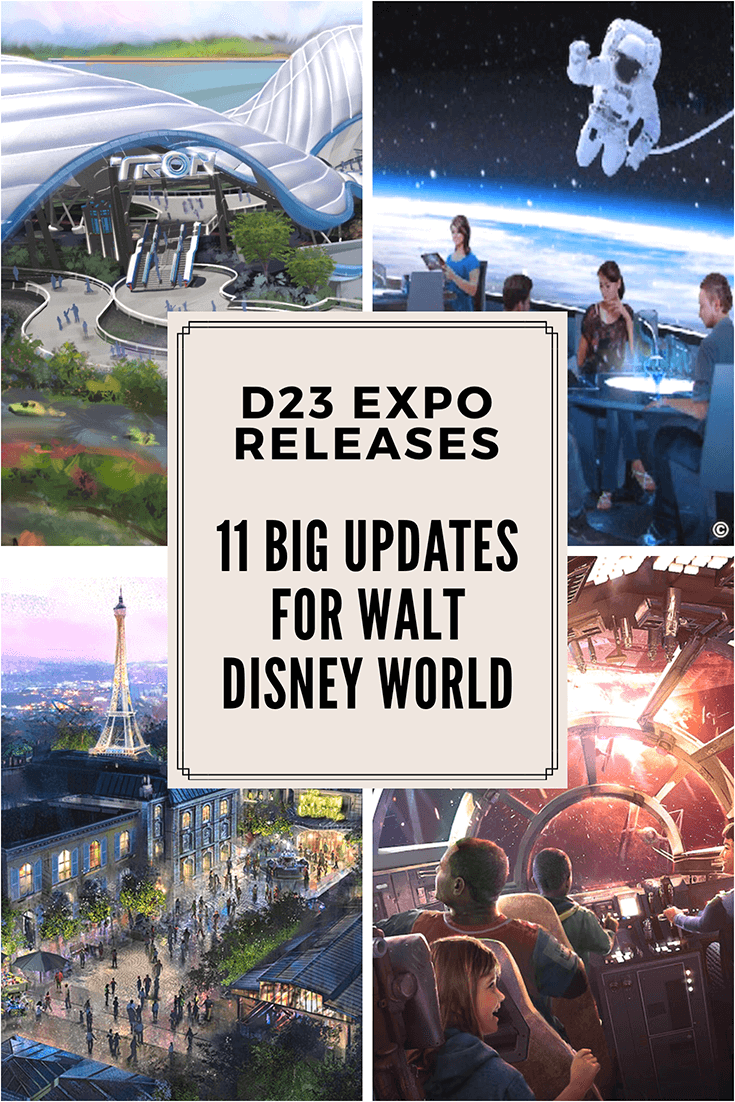 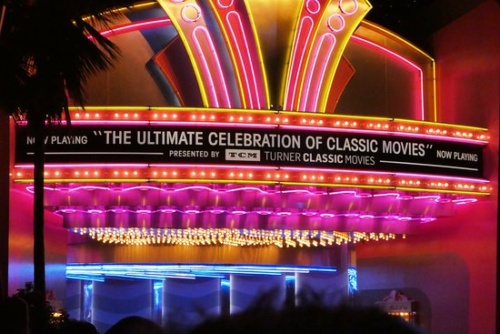 3) Mickey and Minnie themed attraction called Runaway Railway replaces Great Movie Ride. The Great Movie Ride has been overdue for an update for a while now and it looks like instead of getting an update it’s getting completely redone to a new ride. This will have mixed reactions since GMR has been a nostalgic fan favorite for many. (It’s also my other go-to cool off/nap ride. It’s like Disney doesn’t want me to rest at all!) 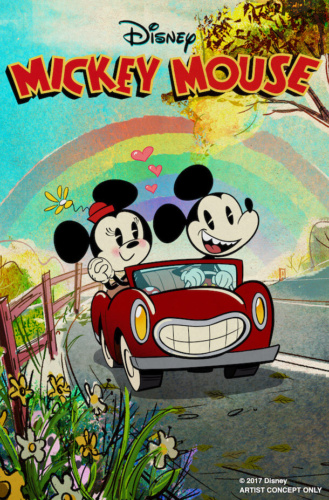 The ride will be based on one of the old style Mickey shorts films, and will feature a new “singable theme song”. Am I the only weird person that’s most excited about that? Anyone else love singing “Imagination” or “Great Big Beautiful Tomorrow” at top volume at random moments in life? ……no? Just me?

Great Movie Ride will be closing August 13th also (like Universe of Energy) to begin work on the new ride. While I understand this, I’m a little bummed about losing yet another attraction at Studios. For the next year it’s really going to be a sad amount of offerings at this park and also means an increase in lines for all the remaining attractions. Official info and a few details on the new ride here.

4) New Guardians of the Galaxy attraction in Epcot. It will replace Universe of Energy (aka the Ellen ride, aka the cool off and take a nap ride) which will have its final day on August 13th. No word on specific opening time frame for the new ride but they say it will be ready for the 50th anniversary of Disney World in 2021.

They just recently re-themed Disneyland’s Tower of Terror to a Guardians ride and fans seem to really love it so I’m sure this one will be just as well received. I’m glad that they aren’t just replicating the same ride in Epcot so it will be an original attraction to Disney World. Official link here.

Apparently young Peter Quill even visited Epcot as a young boy. (How cute is widdle Starlord? With his 80’s hair! ) The location fits well since Disney seems to be really embracing the whole Space theme of the area near Mission Space, judging by the next announcement…

5) Space themed restaurant to open at Epcot. It’ll be in Future World near Mission Space, offering amazing meals with views of earth from space. The picture looks pretty cool and a new restaurant is an exciting addition to Future World. Official info here. 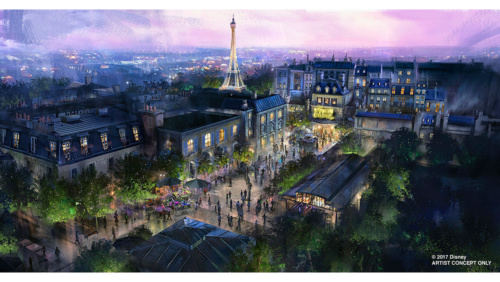 6) Ratatouille ride to open in Epcot’s France Pavilion. This ride already exists in Disneyland Paris, where the movie Ratatouille is (for obvious reasons) a pretty big deal. This ride will not replace anything,  the France area is being expanded behind the Eiffel Tower. Listed as a family friendly 4-D ride it has a moving ride vehicle that moves you through various 3D movie screens. (Similar to the Spider-Man ride at Universal if that helps.)

I liked the ride in Paris, but I didn’t love it.  It’s definitely geared towards a younger audience. Side note: I will apparently need to actually learn how to spell Ratatouille without looking it up once this opens. My spell check also needs to learn it, since it always tells me it’s misspelled. Maybe it’s the French throwing it off? This ride will also be completed sometime by 2021. Official info here.

7) Tron ride coming to Magic Kingdom’s Tomorrowland. This was one rumor I was skeptical about but looks like I was wrong.  When Shanghai Disneyland recently opened one of their biggest rides was the Tron Light-cycle ride. Looks like the same ride will be coming to Magic Kingdom. Set to be located in an entirely new area near Space Mountain.  I’m still unclear if this means the Tomorrowland  speedway will be removed or not, all though I’m fine with that happening since it’s not a ride I’ve ever liked. (Stinky gasoline, loud engines and super slow-moving lines.) Check out some YouTube vids if you’re curious about the Shanghai Tron ride- I haven’t ridden it but it does look really fun. This will also be open sometime by Disney World’s 50th anniversary in 2021. Official link here.

8) Iconic style theater to be added near Main Street. The theater’s style is based on a real one in the Kansas town that Walt used an his inspiration for Main Street USA. Now there will be a venue for Disney’s big production style musicals and shows. When I went to Disneyland Paris and saw Mickey and the Magician I was blown away and really wished we had something like that in Disney World. Disneyland in California has added Frozen Live and that’s been so popular so now it’s our turn to get one.

Having a large-scale theater is great because it holds a lot of people, it’s climate controlled and allows guests to be entertained by whatever the current show will be. I’m so excited to see what show we have debut here once it opens. Also set to be done by that 2021 year. Official link. 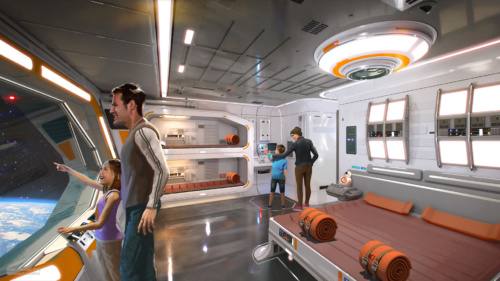 9) Star Wars inspired themed Resort. Guys. This is huge. Imagine being able to feel like you’re a part of the Star Wars universe even at your hotel. This is so brilliant and I just love the concept behind it. Disney is calling this the “Disney 360 Vacation Concept” and it means that from the moment you arrive to check in you become part of the story everything around you from the music to the setting to the Cast Members will put you right in the middle of the Star Wars universe. I cannot wait to see what they do with this.

They say you’ll “immediately become a citizen of the galaxy and experience all that entails, including dressing up in the proper attire.”  Um, did you just say dressing up?! I’m like 500% in support of this. Official details here. 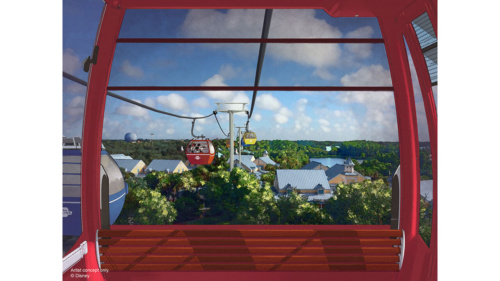 10) Disney Skyliner and Minnie-Vans to transport guest. We have been hearing rumors of a gondola style ride coming and now thanks to the D23 Expo we know what it is. The brand new transportation system will connect Disney’s Art of Animation, Pop Century and Caribbean Beach resorts (and other locations tbd) with Hollywood Studios and Epcot. This will make these resorts a lot more convenient having direct access to reach these two parks. (and more than likely will up their price as well) 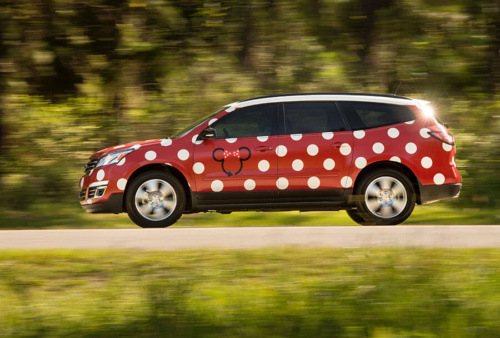 The new Minnie-vans will basically be Disney’s taxi service to give you point to point transportation. Given the huge popularity for using services like Uber I’ll be interested to see what they will cost in comparison. Rumor is that Disney will be partnering with Lyft and you’ll be able to use the app to get your ride.

It’s nice to have another option when you’re trying to get somewhere and don’t want to waste time dealing with buses or monorails. Also, crowds will inevitably  increase when Star Wars Land opens. (Ahem. I mean Star Wars: Galaxy’s Edge. It doesn’t really roll of the tongue does it?) So more transportation options will be needed. Official info here. 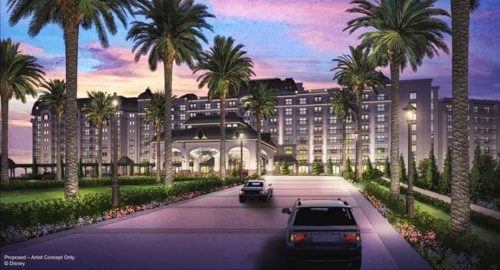 This will be the 15th Resort to open for Disney’s Vacation Club members. This one will be next door to the Caribbean Beach Resort and is set to open in Fall of 2019. This new resort will also be connected to the new Skyliner Gondola system. DVC resorts aren’t just for Vacation club members. If there are rooms available you can book them like any other hotel room. Because they are “villas” meaning they have a kitchen area and are larger than a standard hotel room, they are usually more expensive than standard rooms. So whether you’re a DVC member or not, this could be an option for you. 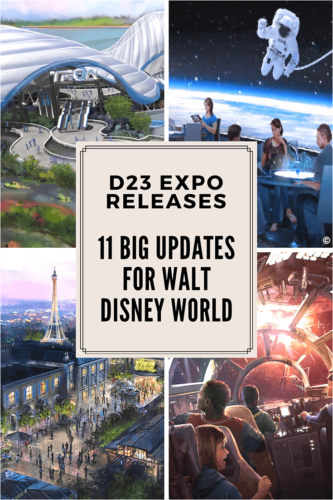 So there you go…. lots of big changes! They should all be done by 2021. Since that is a pretty long-range plan, I wouldn’t be too surprised if some of these end up altering a bit in various ways. Disney isn’t super fast with their new additions, but they hold themselves to a very high standard, and that takes more time.

Personally, I think the Star Wars resort will be a game changer. And I’m loving the new additions to Epcot since that park hasn’t had many updates in a while. If you’re a fellow Star Wars fan, make sure you check out my article where I compiled every single thing in Disney World that a Star Wars fan will want to visit.

What do you think? What are you most excited for?