Are you planning to spend part of your summer at Disney World? Disney’s “Awaken Summer” events are in full swing. With so many new things added and changes being made, you may need to adjust some of your touring plans. Let’s talk about what you need to factor into your plans to see it all.

Magic Kingdom has probably had the fewest changes of any park this year. It’s been such a focus of new additions and expansions over the past five years, it makes sense that things would slow down there. The main thing that’s changed is the castle show being back. You can see pictures and read more about the show here. As of now showtimes are 10:30, 11:35, 1:05, 2:05, 4:15, and 5:15. Touring Tips: If you want to see the show this summer, it’s important to know that this area in front of the castle gets zero shade ever. Meaning the heat just coming up from the pavement is enough to feel like your shoes are melting. Add in the sun beating down on you and it’s misery in the afternoon. Try to get a few rides in at park opening and see the first show at 10:30. It will still be hot, but not nearly as bad as it will be later. Try hard to not have to go to the 1,2 or 4 shows. However, if it’s the only way to see it, I’d say it’s still worth sweating it out for. The show is really that good. 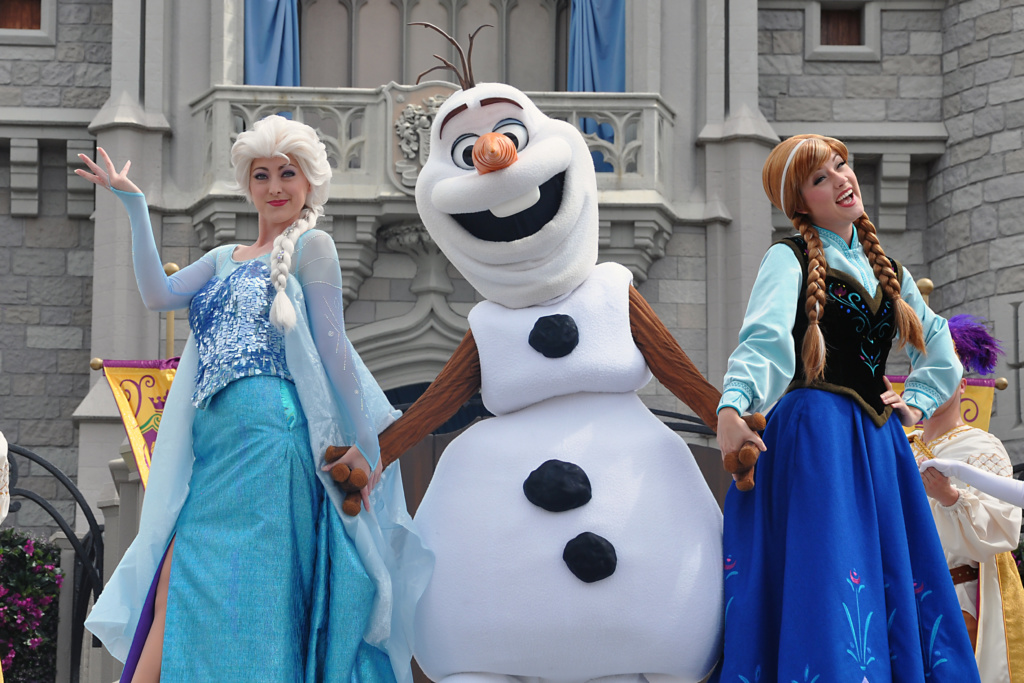 Epcot has two new things this summer. The Norway area is now home to all things Frozen. This includes the relocated meet and greet with Anna & Elsa, (they are no longer in Magic Kingdom except in the afternoon parade) the new ride, Frozen Ever After (used to be Maelstrom) and gift shops selling Frozen merchandise. The second new thing is the newly reopened Soarin’ Around the World in the Land pavilion. Touring Tips: Frozen Ever After is hugely popular and will continue to be for quite some time. This will be the most popular ride at Epcot, and the first Fast Pass that will run out. As soon as you can book your fast passes for your trip (60 days for resort guests and 30 for everyone else) grab one for Frozen. The way Disney does its Fast Pass reservations means you won’t be able to grab both Frozen and Soarin’ for the same day.(or Test Track which is a shame. I was hoping they would move Test Track to the second tier. Now you’ll only be able to pick one ride out of these three.)  Best option: Grab a Frozen FP for later in the day and head straight to Soarin’ at park open to ride it. Wait for Test Track until later since it has the option to do the single rider line which is a great way to cut wait times even mid-day. If you don’t want to do that then plan to head to Test Track right after Soarin. It will mean some extra walking but it will save you some long waits. At least in both cases the queues are inside. For Frozen it will reach far outside the building. If you can’t grab a Fast Pass for the new ride, (and keep checking if you can’t since new ones become available often) then try to go straight to Norway at park open. That’s what basically everyone else who’s lining up to enter the park will be doing too, but it still won’t be as bad as later in the day. 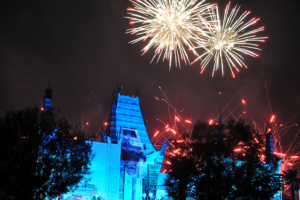 Hollywood Studios has lost so many attractions due to the construction. The additions have been small, mainly the Star Wars show they have in front of the Chinese theater at intervals throughout the day, and the evening fireworks show has gotten a big upgrade. You can also meet Olaf now (should have been in Epcot but whatever). Touring Tips: These new things won’t really require adjustments in your touring plans. If you’re a big Star Wars fan then see the show. It’s kind of lame to be honest, but worth seeing once for big fans. The march of Phasma’s Stormtroopers happens prior to the show, and that’s actually far more entertaining in my opinion. If you are anywhere near the center area of the park you will hear the march music begin and can easily run over and check it out. They added an extra track to Toy Story Mania meaning wait times are less and more Fast Passes are available. If you’re a big fan of the ride this may even make it possible to ride twice, once at park open and once later in the day with a FP. Make sure you plan one night of your trip to see the new Star Wars Fireworks show. It’s wonderful even if you’re not a Star Wars fan. But if you are do not miss it. Plan a night to see Fantasmic and then the fireworks. The argument can be made that Hollywood Studios is a half day park at this point. If you have young children, are a big fan of watching all the shows, or are a big Star Wars fan, then you will need a whole day to cover this park. Working around various show times means things will take longer but the overall pace of your day will feel slower with less standing. Star Wars fans make sure you give yourself plenty of time to stroll thru all the fun props and displays at Launch bay, meet Kylo and Chewie, and enjoy checking out all the merchandise in the shop. This would be a great thing to do in the hotter parts of the day. Keep in mind if you are a Chase Visa card holder you can do the shorter line wait for Kylo Ren. It closes in the evening though, so it’s only a daytime option. The other two rides that will get longer lines are Tower of terror and Rock n Roller Coaster. RnR Coaster will be longer wait times, so a FP is a good option, but remember it does have a single rider option as well. Tower wait times drop off a lot in the evening making it a decent option to ride prior to Fantasmic since it’s right next door. Best option: FP for Toy Story Mania, Tower of Terror and Star Tours and ride Rock n Roller Coaster at opening, using single rider, or near the end the of day.

Animal Kingdom is like a totally different park this summer. This one will be the biggest change in your touring plans. Now you will need a full day to cover everything. I would suggest a morning here, and then an evening here, but not necessarily on the same day. AK can be a nice way to break up the parks and change the vibe so I prefer to mix it in with the more “Disney” parks throughout a week’s visit. You will definitely want to spend an evening here to see all the new things. What’s new: riding the Safari at night, riding Everest after dark, Projection show on the Tree, and The Jungle Book show. There are also dance parties in Africa but they aren’t a must see thing. Touring Tips:  Top fast passes are still Kali River, Expedition Everest, and Kilimanjaro Safaris with Dinosaur coming in fourth. You don’t need to use a FP for shows. In general that’s a waste. If you’re picky about getting a really good seat, just get to the show early. Assuming you have fit in all the rides earlier in the day, save your evening for the new stuff. Safari at night would be a good one to grab a FP for, Everest at night is fun too. The Jungle Book show is usually done twice a night at 9pm and 10:30pm. See the second one for far less crowds. My ideal plan would be to spend a morning at AK, get FP to Safari, Kali and Dino. See the Lion King show and Nemo show if you like that one. Return for an evening at AK and if you can, grab FP for Everest after dark, and Safari if you want to see it again after dark (don’t skip Safari during the day in favor of only riding at night since you don’t see nearly as many animals at night.) These are not hard FP to grab at the last minute, so you can do that after you have all ready booked and used FPs earlier in the day at other parks. Sometime between dark and  your FP rides, plant yourself in front of the tree of life and watch the projection show. It goes on continuously every 15 minutes or so. There are four different ones (my favorite is the Pocahontas one). Best viewing is right in front of the tree near where you enter the park. Then finish out the night and see the final Jungle Book show at 10:30.

If you haven’t been to Disney Springs (or Downtown Disney)  in the last month you won’t recognize it. It’s like an entirely new place. I will be writing a future post just on the must see things at Springs, but for now here’s what you need to know. Touring Tips:  If you are a shopper you can easily spend a lot of time here. Try not to waste time on chain stores and focus on things you can’t find anywhere else. We all love Sephora, but it’s going to have the same stuff as the one back home does. So prioritize the places you want to visit. Here’s the full list of everything here. Disney Springs is an excellent place for a nice sit down meal. Boathouse is still my favorite pick for a great meal with great service. It’s also a place we have good luck getting into last-minute. If you like to see and be seen, watch some great live entertainers, and get some drinks, then go at night. If you want to avoid crowds then go early in the day. Springs doesn’t really get hopping until after 9pm or so. Don’t forget to pick up a Sprinkles cupcake! You can visit the bakery for more options including ice cream or go to the Cupcake ATM to just get a few choices of their more popular flavors of cupcakes all boxed up and ready to bring back with you.

Summer at Disney World is in full swing! Leave me a comment or question if you want help with something I didn’t cover. And stay tuned for my best tips to deal with this crazy Florida heat and still have a good time! 🙂